We are very excited about the proposed policy changes currently under review by the City Council that would modify current development standards making it easier to construct Backyard Cottages and Accessory Dwelling Units here in Seattle.   Even with the recent appeal from the Queen Anne Community Council, this new legislation is expected to pass by the end of the year.

For those not familiar this housing typology, the following is a brief summary of most everything you need to know.

An Accessory Dwelling Unit (ADU) is a self-contained living unit located within a single family house and is often referred to as mother-in-law suite or granny flat.  They are typically constructed within basements, attics and attached garages additions.  And along with DADUs, they have a separate entrance and their own living space, a small kitchen, a bed and bathroom.

A Detached Accessory Dwelling Unit (DADU) is a separate living unit located on the same lot as a single family home and is often referred to as backyard cottage or carriage house.  They are typically separate, free-standing structures or constructed within or on top of a detached garage.

FYI - in most cities throughout the country, other than Seattle, an ADU is defined as a 2nd separate living unit located within, attached to, or detached from a single family house. Seattle however, has decided to make the distinction between an attached (ADU) and a detached (DADU) accessory dwelling unit - so if you're doing research, keep this in mind.

Accessory dwelling units can be traced back to the early twentieth century in cities throughout the United States, prior to the implementation of zoning regulations.  In the 1940’s and 1950’s it was common for underutilized spaces within homes to be converted into private living spaces to satisfy changing family needs and provide rental income.  Shortly thereafter a boom in urban sprawl and an emphasis on the nuclear family sparked concerns about perceived risks and impacts of ADU’s within neighborhoods, ultimately leading many jurisdictions to prohibit their construction.

Today, in Seattle and many cities throughout the country, the lack of affordable housing has brought this typology back into the forefront.  In Seattle,  ADUs have been allowed in all single family zoned lots since 1994 and DADUs since 2010 but unfortunately, only about 2,500 units have been constructed.  Just 140 miles north in Vancouver, a city with less than half the number of single family homes, the total ADU + DADU count is more than tenfold.  How can this be, you ask?  Less restrictive regulations, city implemented incentives and a true desire to encourage growth.  It's a similar prescriptive path which Seattle will be enacting, pending approval in the upcoming months, which will hopefully lead to similar results.

WHY ADUs and DADUs ARE A GOOD THING

For the Homeowner
They provide rental income, offer a private living unit for family members or friends, create aging in place opportunities and increase property values

For the Renters
They offers affordable rent and access to amenities in single family neighborhoods such as privacy, quieter environment and less traffic congestion

The following is the list of proposed policy changes, when implemented, should encourage the construction of more ADUs and DADUs throughout the city.

3.  Modify the owner occupancy requirement
Current regulations require that the property owner occupy either the main house or the ADU/DADU.  New legislation would terminate the requirement 12 months after the final inspection for the building permit.  Unfortunately this is only a partial step in the right direction.  The owner occupancy requirement is a significant hurdle for construction financing, as the bank cannot rent out the ADU/DADU in the event of a default.  This modification may not have much of an impact on production.

4.  Reduce the minimum lot size for DADUs
Current regulations stipulate that only lots 4,000 square feet and larger can have DADU’s.  New
legislation would reduce the minimum lot size to 3,200 SF however, all other development standards that regulate the location and scale of DADU’s, such as minimum separation between structures and the maximum lot coverage limit, would remain in effect.

6.  Modify the rear yard coverage limit for DADUs
Current regulations limit coverage of a required rear yard to no more than 40 percent. New legislation would allow an additional 20 percent coverage only for one-story DADUs to provide flexibility for property owners who may wish to design a DADU without stairs for mobility or universal design reasons.

If you’re thinking about building an ADU or DADU, there are several factors to consider.  As noted above, both share many advantages, but the following are additional issues to consider:

Below are "before" and "after" floor plans of an ADU we recently completed.  As with most ADUs we’ve designed, the basement was finished space and only required minor interior renovations.  A small, compact kitchen was added along with a new closet for a stacked washer/dryer, and sound attenuation and fire separation was added to adjoining house walls and ceilings.  In addition, access to an electric sub-panel and thermostat was added for independent control of the building systems within the unit.  And the best part - no exterior work was required.  This ADU has 485 SF of rentable space, will be used as a long term rental, rents for $1,200 / month and cost $35,000 which included all project costs.

DADUs are wonderful - who doesn't love a tiny house (?!) but ADUs are typically a bigger bang for the buck.  Based on the ADU project we've designed, returns on investments have ranged from 2 to 4 years.

If you’re unable to finance your project with cash savings, the following conditional loan types are worth exploring and may be viable options depending on your current financial situation.  Some lenders are beginning to catch on but in general, the industry remains unfamiliar with the added value ADUs and DADUs can bring to your property, thus making financing more arduous than necessary.

Cash-out refinancing – Refinance your existing loan for more than you owe, taking out the difference in cash

Home equity loan &  Home equity line of credit (HELOC) – Also referred to as a second mortgage, both types allow you to borrow money using your home’s equity as collateral

If you’re interested in more information, check out the following:

Seattle Department of Construction and Inspections
Additional information on permitting, requirements, guides and reports for both ADUs and DADUs

Accessory Dwellings
A Portland based one stop internet source for all things ADU.  Some information may not be directly applicable to Seattle, but we’ve found them to be an invaluable reference nonetheless.

Seattle's existing neighborhoods are one of the largest untapped resources available for increasing affordable housing stock.  By no means will this typology single handedly solve our housing shortage, but its an easy and beneficial step in the right direction that will have little or no impact on the scale and character of our neighborhoods.  You only need to look at the track records in Vancouver and Portland to see any concerns about changing the character of our neighborhoods have proven to be unfounded. In our pursuit of livability, affordability, community and access to housing for all, we look forward to welcoming more ADU and DADU projects into our community.

The Cunningham's were cool with DADUs,
you should be too! 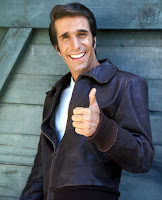 Posted by David Taber at 5:14 PM No comments: