Housing on the Green - West Seattle Church of the Nazarene 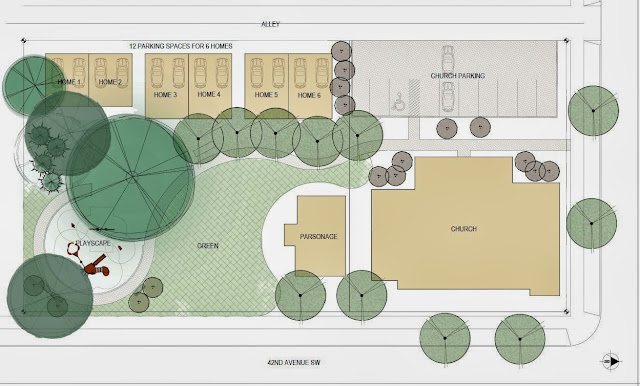 This month we began work on a new housing development for the West Seattle Church of the Nazarene.  In a year where we have designed a number of unique projects, this may be the most unusual of the bunch.

The project began a few months ago when our client Paar Development was approached by WSCN to look at their churchyard as a potential development site.  The church sits on a large parcel of land with an adjacent green that has for generations served as open space for the neighborhood.  The church building itself needs significant repair and the WSCN leadership was faced with the prospect of having to sell off the land to raise money for the repairs.  Joe Paar and I reviewed the site, determined that its zoning would allow two new single family homes and quickly concluded that such a development could not generate enough revenue to meet WSCN's needs.  In developing two houses, WSCN would give up their legacy and still be unable to fix the church.  The idea was a non-starter.

I continued to do some digging.  After a bit of research, I concluded that the site was a candidate for re-zoning.  So I drew up a quick site plan based on changing from single family zone to low-rise multi-family zone (LR1) that would allow development of six units.  By increasing the unit density, the new plan could generate enough return to pay for the church repairs with enough left over to build a playground in the park as well.  We returned to the congregation with the new proposal, it was met with great enthusiasm, and earlier this month we began the process of applying for a contract re-zone on the site.


The re-zoning process is lengthy and complicated.  It'll likely take 12-18 months to get through the various hoops.  We filed the initial paperwork last week to get the process started.  Much to our surprise, within a couple of days West Seattle Blog (WSB) had picked up the story, that the church site was to be re-zoned and that townhouses would be built on the site. The comment section was filled with many concerns about the trees, the neighborhood, development, parking, etc..  Pastors Shaun and Terry Mattson quickly got the editor of WSB in for an interview, and filled in some of the details about the project.  A follow-up story in WSB was well received and the comments were very encouraging. Comparing the tenor of the two stories and the public reaction is an object lesson in the importance of talking to the neighbors about upcoming projects.  Nothing is worse than what people will imagine if given an information vacuum.

Over the next few months we'll work through the initial process with the city, put together some preliminary design ideas and the head out into the neighborhood to do public meetings & get feedback from the folks that live nearby.

Beacon Green in the Sunday Times

Lawrence Cheek has a very thoughtful article about small scale infill housing in the Sunday Times that features some discussion of our Beacon Green project.


...Still more innovative is David Neiman’s Beacon Green town-house project on Beacon Hill, a beneficiary of that code revision.
Like a lot of local architects, Neiman had steamed for years over Seattle’s dreary “four-pack” and “six-pack” design convention for infill town houses, which typically feature two flanks of craftsmanoid units with a dark and dreary concrete “autocourt” between for driveway and parking. In 2006 Neiman hatched an idea for a three-unit commission he had: Why not put a lid on the autocourt, preserving ground-level parking, and turn its topsides into a second-floor outdoor commons?
“It violated about 15 different parts of the code,” Neiman says. “We had to submit to a very high level of scrutiny, and it was a two-year process just to get from idea to permit. By then it was 2008, and the bottom fell out of the capital market, so the project never saw the light of day.”
Neiman didn’t have much work for the next few years, so along with a number of underemployed architects in other small firms, he spent considerable time working with the city toward liberalized multifamily housing rules. The efforts bore fruit, and Beacon Green, an improved version of the lid/deck idea, is now nearing completion. Six modest-sized (885 to 1,350 square feet), three-story town houses will share a second-floor deck of 1,240 square feet with parking underneath. Each unit will have a semiprivate area on the deck delineated by planters. An idealist, Neiman expects that sharing the rest of the deck will energize a sense of community within the development.
“People who buy here will self-select,” Neiman predicts. “If you want a yard with a 6-foot fence and want to be left alone, you won’t be coming here. If you want a certain level of interaction with your neighbors, you will. My intuition is that the world is probably divided 50-50 this way.”... 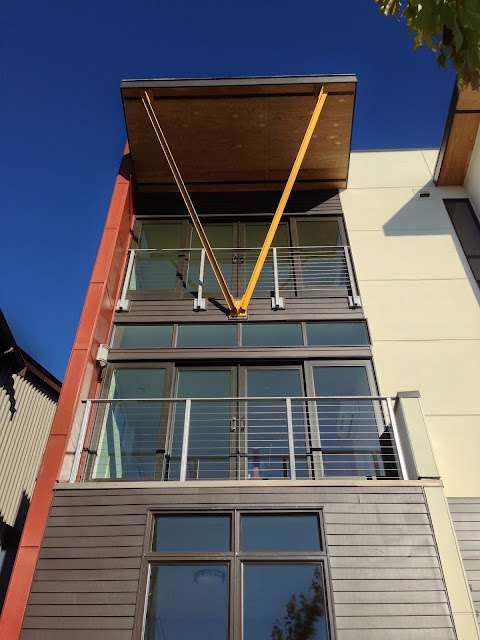 Posted by David Neiman at 10:49 PM No comments:

We had a great turnout today for the Beacon Green Tour.  A couple hundred people came through, some architects & design wonks, but mostly the general public.  People responded really well to the courtyard concept & were very interested (or patient at least) in a little talk I did about the history of the Seattle townhouse & how Beacon fits into that story.  Next up comes Marion Green our project at 14th & Marion, starting construction in November.

Posted by David Neiman at 10:37 PM No comments:

If you've been within earshot lately, or have not properly calibrated your spam filter, you've probably heard me say it already...but perhaps it bears repeating:  Beacon Green is an entirely new kind townhouse project featuring housing clustered around a shared courtyard that builds community among neighbors.  For the last 25 years, almost every townhouse in Seattle was built on the 4-pack model, which was essentially a parking diagram that people had to live above.  It took seven years of work, but we've finally managed to bring a project to market that turns all of that on its head. Beacon Green is housing designed from the ground up around the needs of people, open space, and community. 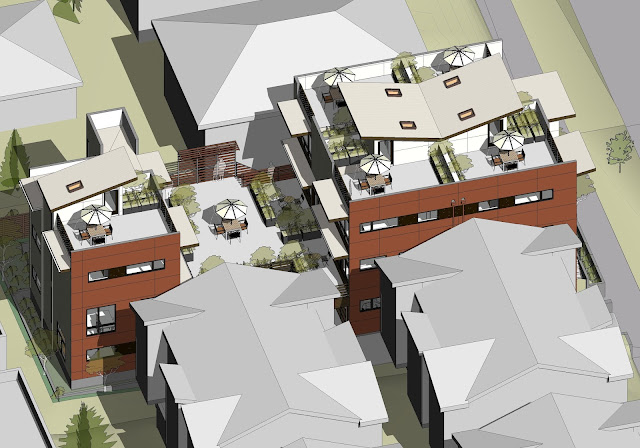 Posted by David Neiman at 2:45 PM No comments: