In my last post I illustrated how a succession of poor policy decisions over the last two years have suppressed the production of micro-housing, making it larger, more expensive and less plentiful. In this post I want to explore how many affordable housing units we are losing and how much more people are paying for their housing as a result.

Lets begin with my assumptions: 2013 was the last full year where congregate micro-housing was relatively unrestricted and no major event disrupted production.  Since mid 2014, every few months some new regulation has come along to shake up the playing field.  For lack of a better option, I'm using 2013 as a baseline year.

In 2013 we built out to roughly 576,000 sf of micro-housing. The chart below shows what this scale of development produces today compared to what it would produce if the city were to fix their recent policy mistakes. Built into these numbers is an assumption that a fixed policy scheme would produce about 50% SEDUs and 50% congregate housing. Since we have never enjoyed a year where our policies didn't tip the scales one way or the other, I'm making an educated guess.


Under today's rules, about 90% of production is in the form of SEDUs, The remaining 10% is congregate housing.  This skew towards SEDUs is because of a 2014 zoning change that limits congregate housing mostly to zones that are inappropriate for this type of housing.  SEDU projects rarely produce affordable housing because their market rents are too high and their MFTE rent levels are so low that SEDUs rarely participate. Current data suggests a 12% participation rate for SEDU projects, compared to a 50% participation rate for new development in general. Lastly, a new director's rule has made micro-housing units larger and more expensive than they would otherwise be. This in mind, a normal year of production under today's rules would look roughly like this:


For comparison, if we fixed the zoning criteria for congregate housing, we would expect a higher percentage of projects to swing back toward the smaller, more affordable congregate variety.  If we set the rent requirements for the MFTE program at a discount comparable to other housing types, we would expect SEDU participation to normalize at around 50%.  Congregate housing is already set at a reasonable rate for MFTE, so participation for this type would continue to be fairly robust as well. The net effect is a huge rise the number of affordable units created and sharp decrease in average rents.


Every year our current micro-housing policies remain in effect:

Multiplied over ten years, this represents the loss of 8,300 units of affordable housing, a 25% rent hike for 13,000 people, and 3,450 units of housing production lost.  We could fix this with a couple of administrative actions and a minor change to the zoning code.

Do you agree that we should fix this?  If so, please send a note to the city council, let them know. 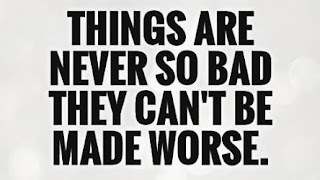 In my last post I delivered the bad news that Seattle just functionally eliminated micro-housing by issuing Directors Rule 7-2016, making Small Efficiency Dwelling Units (SEDU's) almost as large as a conventional studio apartment. This week the other shoe dropped.  I got official word that the new rule doesn't just apply to SEDU's.  It applies to all housing, so it will make conventional studios larger as well.

To understand just how far we have wandered off the path, let's compress the last two years into the narrative of a single development project:

You buy a plot of land in a dense Urban Village to develop microhousing.  Your goal is to provide housing at affordable rents in a desirable neighborhood for the most people that you can.  You'd also like to participate in the Multi-Family Tax Exemption (MFTE) program so that your rents can be as affordable as possible. You draw up plans to build (40) 175sf units and rent them each for $900/mo.

Not so fast. Some of the folks who live nearby are upset about what you have planned, so the city council passes new rules to help you compromise with your neighbors.  First, they propose to bump up your units to an average of 220 square feet, then in committee, they add some more rules that bump your average unit size even further.  You re-design your project according to the new rules. You are now down to (27) 260sf units that rent for about $1200/mo. Your projected rents just went up 33%, but at least you are in the MFTE program so 20% of your units will offer a discounted rent of $1020/mo in exchange for a property tax reduction, which is a nice break for some of your renters and actually works out to your benefit as well.

Hold on just a second. The Office of Housing figures out that the MFTE deal is too good for you. They reset the program requirements, dropping SEDU rents down to $628/mo. Some quick math tells you this is a drastic over-compensation that will cost you way more in rent abatement than you would ever get back in property tax relief.  Then the Mayor's office jumps in and decides to promote family-sized housing by bumping your participation rate up from 20% to 25%.  You're not exactly sure how driving you out the MFTE program is helping to build family-sized housing, but you've got bigger fish to fry, so you give up on the MFTE program.  There will be no discounted units, but at least you'll be adding some much needed inventory to the housing supply.

Nice try.  The building department in concerned that your units are so small that they pose a threat to life, health and safety.  They publish a new code interpretation that requires your SEDU's to have larger living rooms. You re-design your project again. You are now down to (24) 290sf units that rent for about $1300/mo. At this point, you realize you're better off converting the units into to small conventional studios.  Your unit size bumps up again, to a little over 300sf, but at least conventional studios can rationally participate in the MFTE program, so 25% of your tenants will get an affordable rent.

Not quite. The building department has a follow-up memo.  It turns out that the living room size problem doesn't just concern SEDUs; conventional studios are also in danger of sliding below the minimum threshold for human habitation.  The new interpretation applies to all housing, so your studios have to get larger again. Your units jump up to an average of 330sf.  Your unit count drops to 21.  Your rents are now at $1400/mo.

This is how Seattle micro-housing has evolved in less than two years. Spread over the dozens of small-unit development projects this represents the loss of significant amounts of affordable housing and a huge increase in average rents.  How much? I'll explore the numbers in a follow-up post.